Market timing is a short-term investment strategy where one moves in and out (or out and in) of a financial asset. The financial asset may be a stock market index, a diversified group of stocks, an industry sector or a financial asset with a common characteristic that one is trying to exploit.

To time the market profitably, you need a predictable recurring pattern that guides you on your buying and selling decisions. If your ability to predict is no better than predicting a “head” or “tail” on a coin toss, then the pattern you’re trying to exploit isn’t worth anything.  You need to have the odds in your favour. Also, to have confidence that the pattern will repeat, there should be a cause and effect relationship between the phenomenon and the stock price movement based on how businesses, economics, or stock market mechanics work.

Where we’ve identified a cause and effect relationship, we need to make sure the variables that characterize the pattern we are trying to exploit are sensitive enough to capture the relationship – in other words, that those variables are “statistically significant”. If there isn’t a great enough statistical relationship, there’s less confidence that the selection criteria will lead to superior performance.

Even if we find a cause and effect relationship where there’s a repeatable pattern with a high degree of expected result, we might not necessarily profit from it. It’s very possible that the stocks we buy or sell are subject to randomness where other factors that the phenomenon more influence its direction. So to profit from the phenomenon, we need to select enough stocks or to buy the entire index.

Timing the market isn’t all that easy to do. Stock prices move based on the collective behaviour of those buying and selling. Such behaviour, many argue, is not predictable on a regular basis.

A study conducted by Dr. H. Nejat Seyhun, Professor of Finance and Chairman of the Finance Department at the University of Michigan, observed that between 1926 to 2004:

These results might explain why few money managers lay claim to being able to successfully time the stock market.  Below we’ll summarize some phenomenons where market timing might help to generate market-beating returns.

Sell In May and Go Away

Historically, the May to October period represents a relatively weak semi-annual period for the stock market on average (but not every year). And the November to April period is a relatively strong semi-annual period for the stock market. This seasonal stock market phenomenon has been characterized by phrases including, “Sell in May and Go Away”, “the Halloween Effect”, and “Buy when it snows, sell when it goes.” The seasonal trading strategy is to sell stocks at the start of May and hold proceeds in cash. Then in the autumn, typically around Halloween, stocks are bought again.

A study by Ben Jacobsen and Cherry Y. Zhang, both from Massey University in New Zealand observed 108 stock markets (24 developed markets, 21 emerging markets, 63 frontier markets) over long time periods (310 years of monthly market index prices for the United Kingdom, 210 years for the United States and over 100 years data for another 7 countries) to study this effect. Such massive data was utilized to address concern of possible data mining.

In total 55,425 monthly observations over 319 years show winter returns – from November through April are 4.52% (t-value 9.69) higher than summer returns. A Sell-in-May trading strategy beats the market more than 80% of the time over 5-year horizons. Below is part of the study table of the overall results:

The anomaly hasn’t disappeared or reversed itself but continues to exist even though it is widely known.

Why the Sell In May and Go Away Strategy May Work

There are a number of speculations that attempt to explain this phenomenon. My own belief is that before Christmas people buy gifts and prepare for the holiday. During this period the sales of goods and services are at their high – some businesses generate 70% or more of their annual sales during this time. Similarly, in the summertime, people tend to take their vacation (which may coincide when children are off from school), which tends to be a lower economic period.

Other speculation includes that from Oct 28 to May 5, a series of recurring annual events have a favourable impact on equity markets including the release of seasonal economic data, tax-related events, annual meetings, annual reports, industry-specific events and holidays. And from May 6 to October 27, annual recurring events influencing equity markets are less frequent, so trading activity normally is lower and volatility is higher.

Equity markets in North America have a history of moving higher in April in anticipation of first-quarter reports and holding of annual general meetings where chief executive officers love to offer encouraging comments about company prospects for the current year. I would also argue that during this time, deadlines for contributions to tax-deferred plans create an inflow of funds for investment which helps drive stock prices higher.

To have confidence in a seasonal trend, one would want more than 20 years of data. The trouble is that the data may not always be available for periods greater than 10 years in length.

Over the years I have had clients that have suggested investing in companies that had fallen in value by 50% or more. I had never tested the hypothesis as to whether a stock that falls so hard would have future subsequent outperformance.

A study performed by the Brandes Institute examined the subsequent performance of stocks whose prices declined 60% or more over a 12-month period (they referred to these stocks as “Falling Knives”). Their review was limited to stocks with post-fall market capitalizations of $100 million or more for which they screened for U.S. stocks using Compustat’s U.S. database and non-U.S. stocks by screening Worldscope’s international database. The U.S. stocks were studied from January 1980 to Dec 2002 and the non-U.S. stocks were studied from January 1980 to Dec 2003.

For every falling knife they identified, they tracked its absolute performance as well as the performance of its country’s benchmark over the three years following its fall.

Their research yields the following conclusions:

It would seem to suggest that if a stock becomes a falling knife, this fact alone wasn’t enough to lead to outperformance. Rather, there needed additional screening to determine whether the stock contained other attributes that would make its recovery more likely.

This study taught me not to just rely on the fact that a stock has fallen but also look for factors like financial strength and that of being one of the dominant companies in its industry sector – preferably one that produces one of the best products or possesses significant competitive advantages. In addition, I also seek to invest in several fallen knives to diversify company risk.

The valuation of the market at the time of investing, makes a significant difference to subsequent investment returns.

Plexus Asset Management conducted a study comparing the price-earnings (PE) ratios of the S&P 500 Index (as a measure of stock valuations) and the forward real returns (considering total returns, i.e. capital movements plus dividends).  The study covered the period from 1871 to March 2010 and used the S&P 500 (and its predecessors prior to 1957). The PEs and the corresponding ten-year forward real returns were grouped in five quintiles (i.e. 20% intervals) (Diagram A.1) The study was then repeated with the PEs divided into smaller groups, i.e. deciles or 10% intervals (see Diagrams A.1 and A.2).

The study showed that the more expensive the market at the time of investment, the lesser the future 10-year average return and the lower the range of returns.

Market timing is hard but there exist anomalies such as the Stock Market P/E Reversion to protect capital at times when the market appears expensive. And when it comes to buying or selling stocks, I keep Sell in May and Go Away and industry seasonality trends in mind to help improve the buy / sell decision. Even for a value-oriented portfolio manager like myself, knowing the trend can help improve the bottom line.

If you have at least $500,000 to invest and would like to develop a pension of dividend-paying stocks to meet your retirement living needs, please call me at (604) 288-2083 (extension 2) or email me at [email protected] 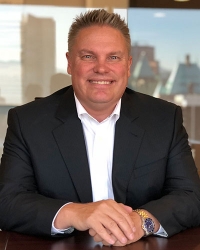 Steve Nyvik
Senior Portfolio Manager at Lycos Asset Management
Steve Nyvik includes financial planning advice and service to his clients to ensure your goals aren’t derailed in the process if life ‘happens’ to you.

© 2020 Lycos Asset Management Inc. We respect your privacy. This website is for information purposes only. Site by HCD