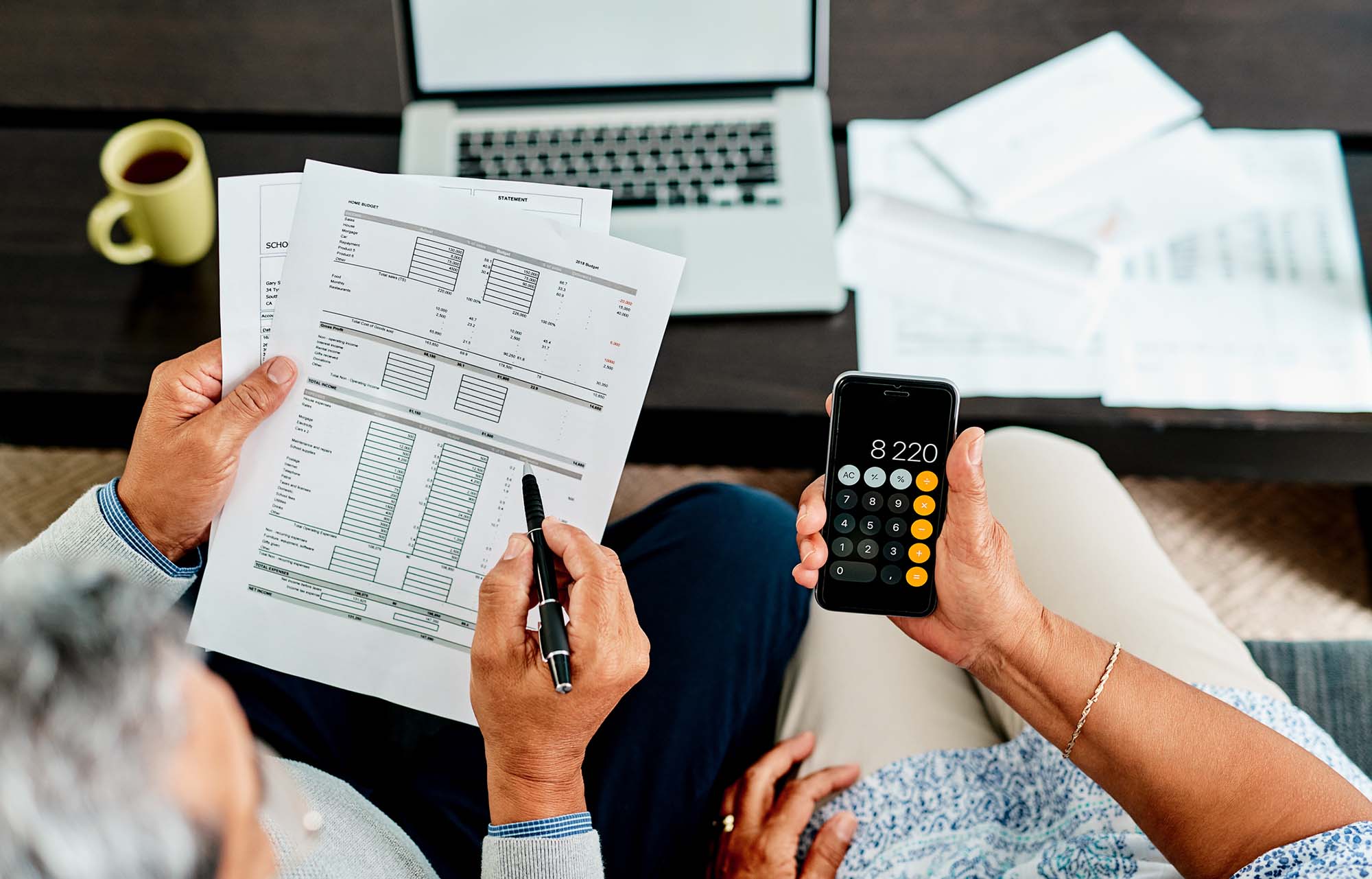 “Lay all your desires out before each other —where do you want to end up? Set goals and be willing to compromise at times. Be honest even when it hurts —that’s how you learn to trust each other. Budget. Regularly save, no matter how little…”  – Kate Bryant from the Marriage Partnership Magazine article, ‘Holy Matri-Money’

Statistics Canada no longer collects data on divorce rates. The 2011 survey concluded that 43.1% of all marriages are expected to end in divorce before a couple reaches their 50th anniversary. As to reasons why people divorce, depending on the survey you look at, you’ll typically find money issues amongst the top three reasons.

Many arguments over money are related to misunderstandings or miscommunications on spending priorities. Where two people who love and respect each other sit down and look together over their financial situation and come to an agreement on their spending priorities, many issues can be resolved. And once these priorities are established, it’s fairly easy to establish a workable money management system.

Should spending later get off-course, it’s then easy to identify what threw things off, confirm or update the budget and spending and saving priorities, and come to an agreement on future spending.

I remember when I was an 11 year old boy receiving $1.00 for cutting the front lawn. That dollar bill burned a hole in my pocket until I had it spent.  My dad would tell me to put away half of it so that I’d have some money to spend some other time. But within a short time of receiving that dollar it would be spent. Then when I wanted something special, I never had the money.

Eventually, I took my dad’s advice and developed the habit of saving and I began to appreciate having cash in the bank. I was able to look at my spending as a decision on how I could get the greatest satisfaction from my money through time. I learned to think about what I really needed (‘the necessities’) and what things I could live without. And I learned to spend on things that would last (and hopefully go up in value) versus instant gratification.

In many respects, a ‘saver’ is basically someone who has learned to budget for their needs through time and routinely sets aside a portion of their earnings for savings. The routine eventually becomes a habit. And the money one took from the paycheque isn’t even felt as missed spending.

When I think of a ‘spender’ I think of the character of “Carrie Bradshaw” on the television show, “Sex and the City”. She’d get such gratification on buying a pair of Manolo shoes even though she had a closet full. But when it came to something important, like buying her apartment, she didn’t have any cash in her bank account nor could she qualify for a loan.

I think had Carrie examined the big picture of her life and the importance of owning your own home, she might have been able to set aside money for a down payment instead of putting it toward shoes that she didn’t need. In other words, I think many spenders can become savers.

The union of two people to become one family should, by definition, include a union of spending and saving goals. To begin the process, a budget (see template below) is a helpful tool to see where the family money goes and what’s leftover. Then over a few glasses of wine, the couple can think of their future and decide together on goals and then how to fund them. Included within the budget should be some “mad money” for some fun. If the budget is too tight, it is more likely than not that the budget will get broken.

My wife can tell you that she detests the idea of having a budget, but you know, once you have separated out the budget necessaries and savings from the “mad money”, it becomes relatively easy to manage. And where a spender knows how much they have to spend for fun and non-necessities and that’s all for the month, the system can work out. But the spender has to know that a credit card shouldn’t be used if there is no money in the “mad money bank account”.

Should a person consider ‘violating’ the budget, ideally that person has first talked with their spouse to agree on such spending to avoid conflict.

How much for “saving” and how to pay yourself first?

In the book, “The Wealthy Barber”, written by David Chilton, Chapter 4 talks about saving 10% of your gross income and “pay yourself first”. That 10% would go into savings and wouldn’t get touched. Some people can do more and some less, but the 10% amount is a pretty good rule of thumb.

For our family, we decided to amortize our mortgage over ten years’ time whereby the 10% of gross income represents the average amount of principal repayment each year. Doing so helped create a forced savings plan. From our incomes, we first set aside the mortgage payment money right away as well as a fixed monthly amount to pay down other debts (the line of credit for the car purchase) and for our necessities. What remains in each of our personal bank accounts is our mad money.

Once our mortgage is repaid, we’ll continue setting aside the same amount of mortgage payment money each month which becomes our savings for retirement. As we’ll both then have substantial TFSA and RRSP room, we’ll direct the mortgage payment amount to these tax preferred investment accounts. After ten years of savings that are wisely invested, we figure we’ll have enough that we can then afford to retire.

With your monthly savings, paying down debt (starting with the most expensive debt first when you consider the interest cost on an after-tax basis) is usually a really good investment. Let me explain. Imagine you have a mortgage at 2.99% (which the interest is not tax-deductible) where you are able to make additional payments without pre-payment penalty. If your mortgage is your only debt, think of your pre-payment as a guaranteed investment that earns you a guaranteed return of 2.99% after-tax. Currently 10 year government of Canada Treasury Notes yield about 2.25% before-tax (if you are at the 40% tax bracket, that’s a paltry 1.35% after-tax = 2.25% x (1 – 0.40). When you look at other type of fixed income investments, it’s hard to compete with mortgage pre-payments.

The other benefit of paying down your mortgage is that if tough times come, you have more flexibility. You might be able to reduce your payments if need be which lessens the monthly cash requirements. (Note that there are some special mortgages where you can even skip payments – call or email us for more info).

Some people will not pay down their debt but rather make RRSP contributions and invest in stocks. Obviously by doing so one is taking more risk. To me, the decision is really a personal risk preference. But as I am rather risk averse, my preference is to pay down debt. However, if the market has a substantial correction, then I might consider borrowing to invest.

Inevitably something will happen like the car dies or unanticipated expenses come up. Even your monthly expenses can be a bit lumpy where in one month you have some big outflows. For these type of needs, it is good to have an Emergency Fund to draw on. For the size of the fund, a rule of thumb is three to six months of living needs.

For me personally, I hate sitting with too much cash not earning anything. So I keep minimal cash balances but have an unused line of credit available.

An even more effective solution which I’ll be moving to is a special type of credit facility with Manulife. It is like a secured line of credit where you can lock-in portions (like a traditional fixed term mortgage) of your debt. You then direct all your income to be deposited to the account. As a result, you don’t have sizeable monthly cash balances. Instead all your cash is used to keep your debt down. Through time, the interest saved adds up to a lot of money. (If this solution interests you, let us know as we can give you more info and set you up on it should it make good sense for you).

There’s a lot more that one can say about cash management – like if you have a company, but this gives you some ideas. If you and your spouse would like to sit down, we would be glad to see if there are some things we can suggest to make your family finances less stressful. For clients, financial planning is included as part of the service.

Steve Nyvik
Senior Portfolio Manager at Lycos Asset Management
Steve Nyvik, BBA, MBA, CIM, CFP, R.F.P. is a Senior Portfolio Manager with Lycos Asset Management Inc. – an independent investment management firm located in downtown Vancouver, BC, Canada. Steve focuses on building income portfolios to meet family retirement needs and provides financial planning so that if ‘life happens to you’, your goals aren’t derailed in the process. He has been in the investing and financial planning profession since 1992. Steve can be reached at 604-288-2083 Ext 2 or toll-free at 1-855-855-9267, or by email at [email protected]