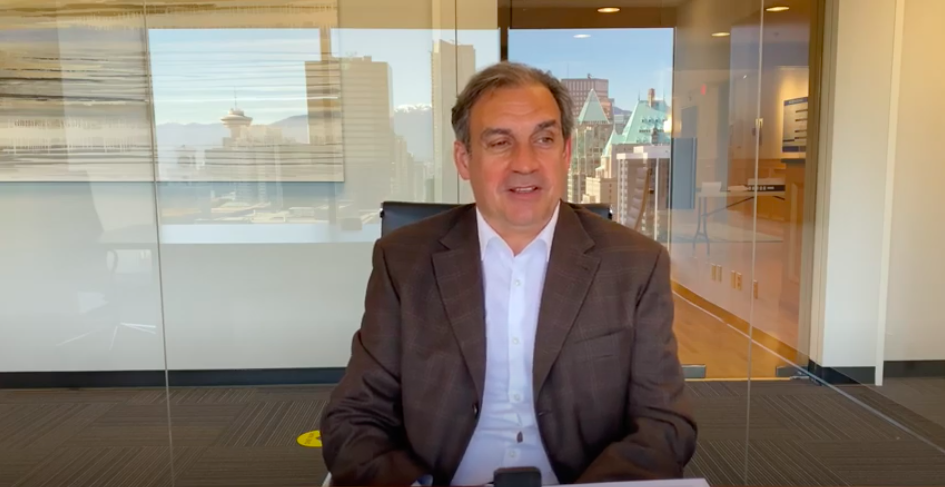 It’s been just over a year since the COVID global pandemic started. From a financial markets and investor perspective, it’s been a very interesting year.

We’ve had government imposed lockdowns, which resulted in slower economic activity. This especially impacted the leisure and travel sectors of the economy: airlines, cruise ships, hotels, restaurants, bars and so on. There have been also been negative effects on office buildings, office and other commercial landlords as well as smaller retail businesses. The result has been that we’ve had lower Gross Domestic Product (GDP) and lower aggregate income since a year and a bit ago.

All Time Highs in the Market

However, after the initial stock market crash in March of 2020, we had a complete recovery in the markets. We’re at the point where we’re making all time highs in stocks. Other examples include residential real estate and commodities which are pretty “hot” right now.

A lot of asset prices have gone up due to actions from central governments around the world. Some actions include reducing the interest rates to close to zero and introducing fiscal stimuli through fiscal spending expansive policies. Relatedly, central banks also engaged in quantitative easing, purchasing assets and pushing the prices higher and supporting global markets. This was especially the case with debt markets, including corporate and high yield corporate bond debt markets that are even less creditworthy borrowers.

What are we to do now, 13 or so months later? Like a lot of other market participants we don’t particularly like governments intervening in markets in the way they have over the last 13 months. But then again, we invest in the markets that we have and not the markets that we wish we have. So, we are trying to do the best we can under the circumstances.

Taking a Look at Your Portfolio

The first thought that comes to mind is to consider an option in your portfolio that could do well if/when the market comes down. We don’t necessarily anticipate this in the near term because the forces behind the recent stock market rally are very, very powerful. The markets are awash with liquidity. Until central banks start removing such liquidity, it’s not likely that markets will fall significantly, whether it’s real estate or stocks or other assets like commodities.

The FED said it’s not likely they will be raising rates for the rest of the year (2021). However, they may be forced to if the markets overheat or if inflation gets of control. We don’t necessarily expect this to happen, either. But if something like that happens, it’s nice to have something in the portfolio that could hold its value or even go up, ideally.

One option that comes to mind at the moment is gold. Gold prices are perhaps a little bit higher than 13 months ago, but nowhere near as much as other asset prices. Also, gold has traded more as a fear indicator. Therefore, as fear in the markets subsided, gold prices came down from over 2000 to, say, high 1600s, 1700s, and then in the mid 1700s is what we’re trading right now.

A good ETF for Canadian investors is the Purpose Gold Bullion Fund, symbol (TSE:KILO) or (TSE:KILO.B), hedged or non-hedged version, for currency. Those ETFs are RRSP eligible, TFSA eligible, and so on. The gold is held in physical form and in vaults in the fund’s name, I believe. As a hedge, it might not be a bad idea for people with larger portfolios to also have a portion of their portfolio in physical gold. They can have possession of it as gold coins or silver coins, as well. Investors should perhaps keep a balance of 80% gold in gold coins for a store of value and 20% silver coins for actual use in case of a currency collapse or other catastrophic event. They can keep the gold or silver in multiple secure locations (not in places where thieves are likely to look), perhaps some in private company vaults, some in secret locations. This part of their portfolio, as a hedge could be held indefinitely.

Digital currencies is something that central banks are thinking of implementing soon. At the beginning they may co-exist with currencies but at some point cash may be banned and digital currencies may become only way we use money. At that point and gold may become the new cash. Silver might be a more likely candidate though, because silver it’s not as valuable. Gold and silver coins could be used for traditional cash type transactions such as when dealing tradespeople. So, there may be some practical reasons to have some of those things around. Probably best to get them now. If we wait until this becomes a reality, the prices of gold and silver coins may be much higher than what they are now.

That’s idea number one. We also have other ideas for recommendations for the next few months and, let’s say, the next year.

Financial services companies and banks are recovering now after the initial hit to their shares due to provisions for losses. Things are getting better for banks as these losses are not materializing at the rate that they had originally anticipated, the economy’s reopening, and there’s lots of liquidity. The case for banks is therefore good now. One such bank is Union Bankshares. They have reasonable profitability, reasonable valuation, and good prospects. They have our usual characteristics that we like for stocks.

Another stock that we like these days is Ternium. They are a flat steel producer operating in Mexico, Brazil, Argentina, Colombia, the United States, and Central America.

Construction activity seems to be high now and the US is expected to engage in large infrastructure spending over the next few years. So Ternium could be a business that will benefit from this, and has benefited for the last few months to a year. This pick is something that, if people already don’t have enough steel exposure in their portfolios, it would make sense for them to have.

If you have any questions, please contact us to see if these investment ideas have a place in your portfolio. Thank you.